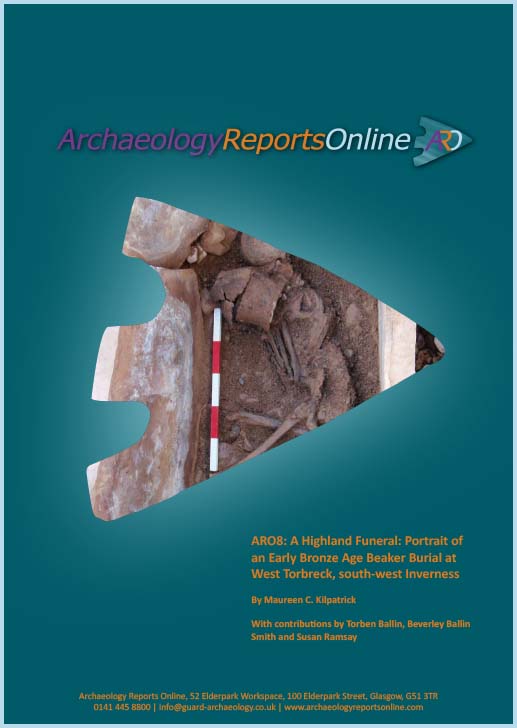 In March 2012 GUARD Archaeology Ltd conducted a rescue excavation, under the terms of Historic Scotland's Human Remains Call-Off Contract, when a cist was discovered during landscaping works in West Torbreck, south-west Inverness. A crouched inhumation burial of a female adult individual was recovered from the cist, along with a plain Beaker vessel and seven fragments of flint. Radiocarbon dating of the individual provided an early Bronze Age date of 1982-1889 cal BC (3592+/-22) consistent with the dating of the Beaker and lithic artefacts.