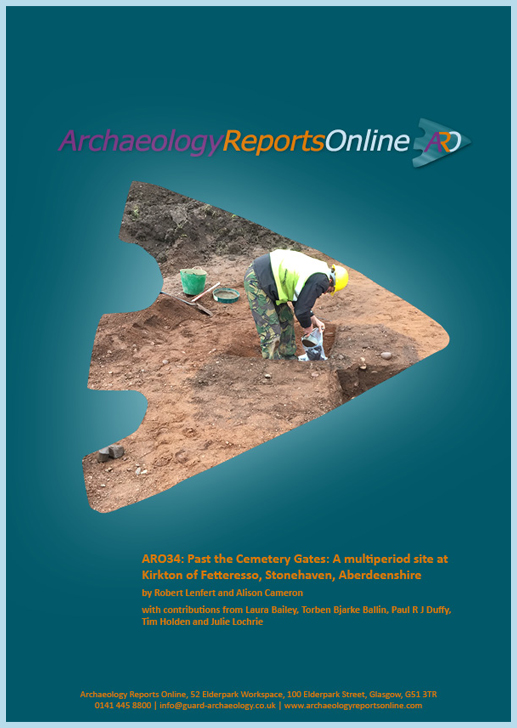 ARO34: Past the Cemetery Gates: A multiperiod site at Kirkton of Fetteresso, Stonehaven, Aberdeenshire

By Robert Lenfert and Alison Cameron

The archaeological excavations revealed that there was human occupation and activity from the early Neolithic to the early medieval period. This palimpsest site was often heavily truncated and had extensive rabbit burrowing and agricultural damage, but a partial ring ditch, pits, postholes and at least one human cremation burial in addition to two other possible cremations, early Neolithic pottery and lithic artefacts were identified