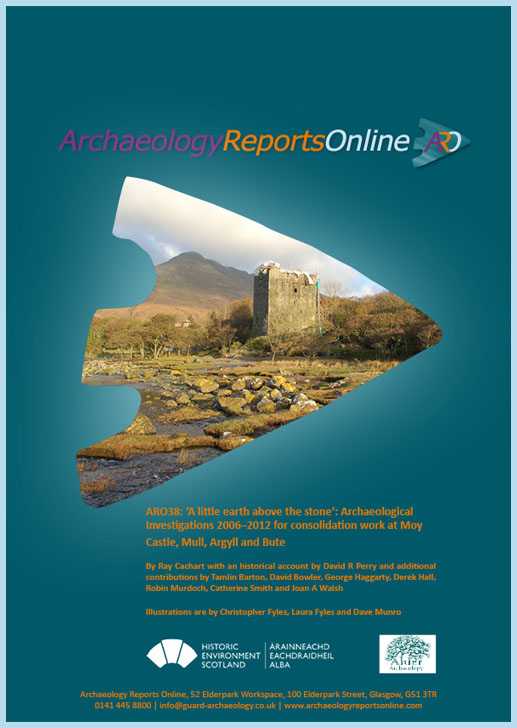 ARO38: ‘A little earth above the stone’: Archaeological Investigations 2006–2012 for Consolidation Work at Moy Castle, Mull, Argyll and Bute


Illustrations are by Christopher Fyles, Laura Fyles and Dave Munro

The fifteenth-century Moy Castle tower-house on Mull was altered in the sixteenth and seventeenth centuries, but was abandoned as a domestic residence in 1752. Conservation works between 2006 and 2012, showed the alterations to have been additional turrets, caphouses and a garderobe. The garret entrance was relocated and the second floor chamber was converted into a kitchen. The roof slates form an important early assemblage and were shown to originate from the Slate Islands (Easdale).